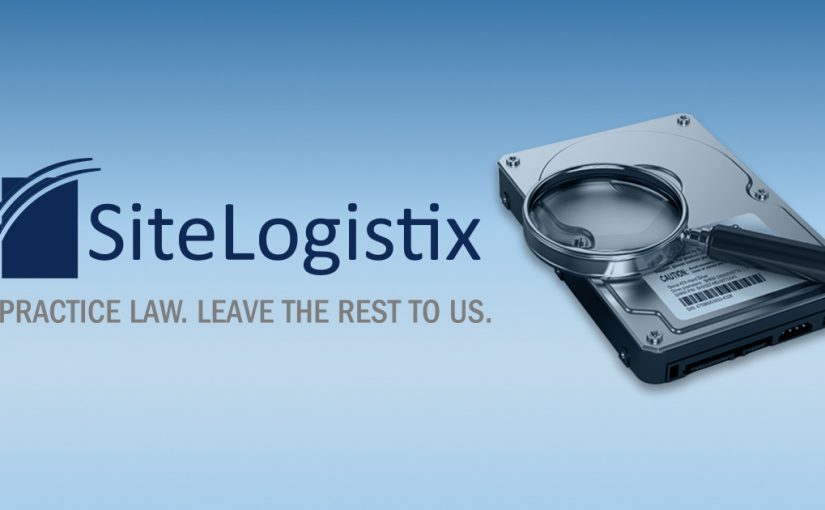 When looking determining best practices for establishing and implementing a legal hold, it’s typical for questions to be asked of your current system and what the case demands to then build a plan moving forward. I propose that although it’s important to know all the details of your system and custodians, it is also helpful to consider how your decisions now might be viewed later. The increasing trend of “discovery about discovery” demands attention to early case foresight and documentation.

First, let’s look at a few legal-holds-gone-wrong . Looking at the real life mistakes and consequences of weak legal holds will put you in the right frame of mind for the second part of this post. (click on the case name for a link to the opinion referenced)

No Legal Hold at All?? Sekisui v Hart

In this case the plaintiff fired the CEO from the company(Hart), and informed him that a law suit would follow. Between delivery of that notice and the filing of the suit itself, Sekisui deleted entire email inboxes that had belonged to Hart. The court was somewhat taken aback to learn that “…no litigation hold was issued by Sekisui until fifteen months after the Notice of Claim was sent to the Harts…” and stated that “… such failure is inexcusable given that Sekisui is the plaintiff in this action and, as such, had full knowledge of the possibility of future litigation.”

Issuing no legal hold at all is really not an option, and no self respecting court is going to appreciate your efforts (or lack thereof):

“ I find that (1) Sekisui’s destruction of the Hart and Ayres ESI was intentional, and (2) its further failure to meet even the most basic document preservation obligations constitutes gross negligence…Sanctions in the form of an adverse inference jury instruction is granted.”

In this case the defendant did at least issue the legal hold, but for some reason did not conceive of the possible scope and detail required for the hold to be effective. For example, one might consider translating the hold into a language that the receiving party, you know, understands and is native to:

“There was not sufficient instruction given to employees about the importance of preserving relevant files and email items. In fact, the first hold order, issued on February 6, was issued only to upper-level employees, including I.S. Han, Y.S. Seo, and K.H. Rho. The record does not show that they forwarded the instructions to their team members. The second hold order, issued on February 10, 2009 to all employees was in English, and for a company in Korea that admittedly is unfamiliar with litigation in the United States, its counsel and executives should have affirmatively monitored compliance with the orders.”

In this case the defendant managed to craft what seems to be a pretty reasonable legal hold. This is, however, only half the battle. If a preservation plan falls short of implementation and monitoring, it is comparable to a total absence of a preservation plan. After all, an attorney’s ethical responsibility of supervision extends to the duty of preservation:

“…Despite a litigation hold being placed on four email accounts—all human resource people at the mine or corporate office—in June 2011 when Plaintiff’s EEOC complaint was filed, counsel for Defendants did not request any ESI from Defendants’ IT department until April 2013.”

Counsel explained that this was simply a miscommunication, implying perhaps that no one was at fault. To put it bluntly, however, “…this miscommunication, as stated at the hearing on Plaintiff’s motion for sanctions, is that counsel did not specifically tell the HR manager to gather emails.” Well if you don’t tell them to gather the emails that are essential to your duty to prepare discovery, I guess that is technically a miscommunication, in that it is a total failure to communicate something. The court ordered various sanctions for cost shifting and opening up new depositions and discovery for the Plaintiff.

These mistakes can seem ludicrous and even deceitful in retrospect, but often major errors occur simply because things are not communicated completely, to the right people, in the right way, or there just wasn’t any quality control. These mistakes can be hard to spot in the moment, especially if counsel is stretched too thin. Now that you are in the mind set of sanctions that are tragically inevitable if you fall into the fate of a poor legal hold, ask yourself these questions now, questions which opposing counsel will be asking later if they are granted a discovery on discovery deposition under FRCP 30 (b) 6 (you will notice some of the questions delve into the culling and review stages as well):

Putting your company in the position of having to answer these questions under oath at the risk of major sanctions can be a real wake-up call when you are faced with the mere ‘possibly’ of a law suit that people don’t seem to be taking seriously cause it might not even happen. Remember that the reasoning behind what you did (or didn’t do) is just as important to document as the actions themselves. Since these ‘discovery about discovery’ depositions can often take place years after the first instance of a legal hold, extensive documentation becomes necessary for obvious reasons.

Here you can find recent company news and events, as well as articles written by our experts, addressing the ever-changing needs and technology required to win today’s increasingly complex cases. View our recent entries below: